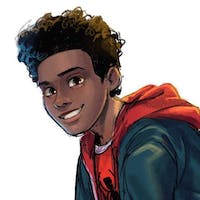 Subscribe to my newsletter and never miss my upcoming articles

This post is a bit long because I tried to explain JavaScript loops in a way that I hope would make it much easier to understand. I'd be so happy if you read it to the end, and gain some value from it. Thank you very much 🤗.

What is a loop?

A loop is a sequence of instructions, repeated until a certain condition is reached.

Let's look at the examples of these types of loops in more details:

The while loop has the following syntax:

While "condition" is true, the block of code in the loop will be executed. Let's look at an example:

In the code above, during each iteration, the while loop checks if the value of i is less than 5, it then pushes the value into myArray, and then increments it. Once the value is equal to or greater than 5, the loop stops running.

This loop is closely related to the while loop, it's only difference is that it checks for the condition after executing the code in the loop at least once.

Let's see the do/while loop in action using the example from the while loop earlier:

In most cases, the output using the while loop, and the do/while loop could look the same, but the difference starts to get clearer when we write a code in which the condition evaluates to false at the first iteration. Let's look at an example:

The for loop has the following syntax:

"initialization" is the area where you create the variable to be used in the loop. It runs first before the loop is executed. Once the loop has finished its execution, the variable is destroyed.

"final_expression" is the area where you write the expression that is to be checked after each iteration of the loop. It is executed after the code block has been executed. It is usually used to increment a counter but it can also be used to decrement a counter.

Example: We are going to write a code that will add numbers to an array, and keep writing until it reaches a limit.

Here, the instruction we have given to the loop is to check the variable i, and as long as its value is less than 5, it should place the value in myArray, and then increment it and check again.
By the time i < 5 evaluates to false, this 👇 is the output we would get in our console:

JavaScript also supports two other variations of the for loop. They are for/in loop and for/of loop.

The for/in statement loops the properties of an object. It's syntax is

What it does is: in each iteration, one property of the "Object" is assigned to the variable named "variableName", and this continues until all the properties in "Object" has been processed.

Let's look at an example. Say we were asked to create an object listing 10 cities in Nigeria, and then to assign the properties of that object to a different variable, and then display it in our console. This is how our code would look:

And its output in the console will be

The for/of statement loops over objects or data structures that are iterable, such as Arrays, Maps, Strings etc. Its syntax is:

Let's look at some examples.
Looping through an Array 👇

Looping through a string 👇

Thanks for reading this far and making it to the end of this article 🤗. There's one more about loops to be aware of:
When writing loops, be careful not to write infinite loops (i.e.: loops that have no limits, and therefore could keep running forever) as these could overload and crash your browser or server.
In practice, browsers often provide ways to stop such loops, and in server-side JavaScript, you can kill the process. To be on the safe side though, write your loops carefully and check it properly before running it.

Thanks again for reading.

You have cover do/while loop, do you usually use it?

That brings me to my next point. Was it worth it mentioning it in the article? 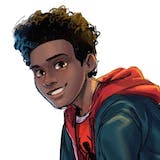 Dinys Monvoisin yes it was. The do/while loop, even though it's not used very frequently, is still a loop. It exists, and it works when it is used. So that's I felt it would be good to mention it as well.